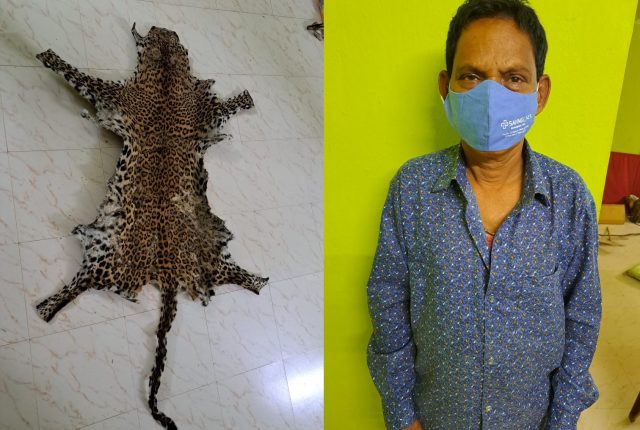 Kandhamal: A Special Task Force (STF) team has seized a leopard skin and detained one person in this connection. The man has been identified as Birenmitra Nayak of Brahmanipada village under Chakapada police limits in Odisha’s Kandhamal district.

According to sources, the STF team conducted a raid with the help of Tikabali forest officials near Brahmanipada village and apprehended Nayak from the spot. The raid was conducted based on information regarding a deal to sell the leopard skin.

During the search, one leopard skin and other incriminating materials were seized from his possession. Nayak could not produce any valid authority in support of possession of leopard skins.

He was handed over to Tikabali forest officials under Phulbani Forest Division.