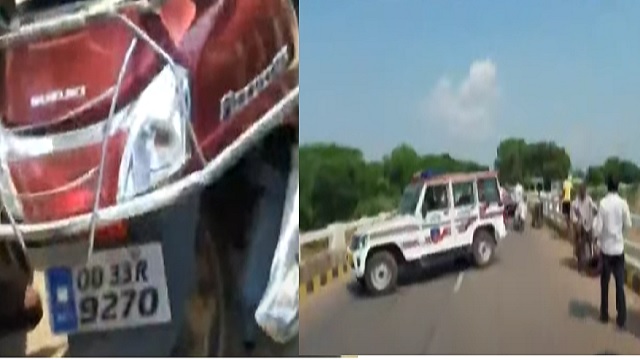 Cuttack: A youth is missing after jumping into the Mahanadi river from Mundali bridge at Athagarh in Odisha’s Cuttack district on Saturday.

The missing youth has been identified as Biswadeb Das of Sailashree Vihar in Bhubaneswar.

According to sources, the youth parked his two-wheeler, bearing registration number OD 33 R 9270, on the bridge and jumped into the river. Biswadeb is a native of Khordha and works as a canteen boy in Bhubaneswar.

Locals spotted him jumping into the river and informed Athagarh police. On being informed, a police team along with fire department personnel arrived at the spot and have initiated search operations.

[Watch] Justice U U Lalit Sworn In As CJI