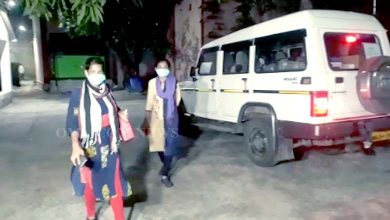 Kendrapara: A female health workers’ team was in for a rude shock at Patrapur village under Aul block of Kendrapara district when a youth attacked them on Tuesday. The team went to collect swab samples for coronavirus testing.

According to a complaint lodged at Aul Police Station, the district team for swab collection consisting of three female and a male staff had visited Patrapur Subcenter for a mega swab collection camp.

The accused Biswa Ranjan Parida of Patrapur village barged into the camp and misbehaved with the female staff of the team during lunchtime. Besides attacking the data entry operator, the youth abused the lady staff with filthy language.

Parida was also seen brandishing a gun at the health workers. Out of fear, the staff stopped work and fled from the spot, it is learnt. Later Aul BDO reached the spot and rescued the workers. The BDO accompanied the staff to police station to lodge a complaint.