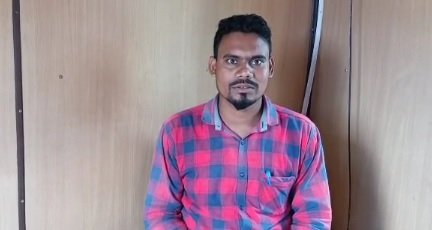 Keonjhar: In a rare example of honesty, a youth in the district has returned the amount he had received through social media for his treatment.

The youth, Suna Sindur Mahanta of Gambharia village under Champua block, had suffered pain in his left knee early this year. After ignoring it for some time, he consulted orthopaedic specialists in Cuttack in June. Following diagnosis of the ailment, he underwent knee surgery on June 16 in a private hospital.

Speaking to Odisha Bytes, Mahanta said he completely recovered from the knee problem nearly one and a half months after the surgery. But he started suffering pain in his stomach. When he went for medical check, the doctors diagnosed that the pain was related to appendicitis and advised him to undergo operation.

Since Mahanta had depleted all his savings in the knee surgery, he sought help from his friends. But his friends could not collect the amount of around Rs 50,000 needed for the surgery and advised him to seek help on social media.

Following his appeal on social media, Mahanta received around Rs 1 lakh from the people and underwent appendicitis operation with the amount.

After totally recovering from the operation, Mahant resumed his duty in a mine in Kalimati area under Joda block. He started saving from his salary so that he can return the amount donated by well-wishers.

“Tracing the donors from the history of the social media with the help of my friends, I have returned the amounts to the rightful donors. I have repaid most of the donation. There are 2-3 persons whom I have not returned the amount and will do it gradually,” said Mahant.