Youth Tied & Made To Run In Cuttack City: Show-Cause Notice To Traffic Havildar For ‘Turning A Blind Eye’ 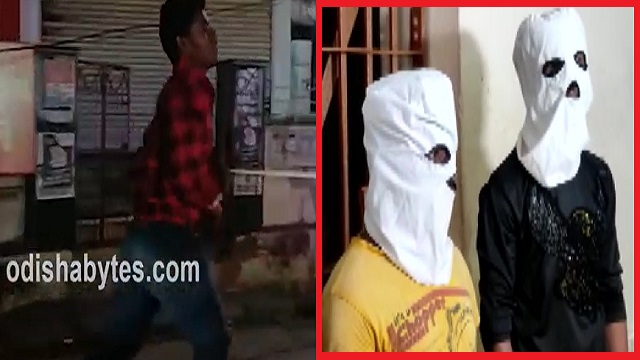 Cuttack: A show-cause notice was issued to a traffic havildar, who was posted at Chandi Mandir Chhak in Odisha’s Cuttack city, in connection with the viral video of a youth being forced to run with hands tied to a two-wheeler.

The victim has been identified as Jagannath Behera of Ranihat Sikari Sahi.

Several questions were raised over Commissionerate Police’s competence as the route, from Stewart Patna Via Mission Road to Sutahat, along which the youth was dragged has three traffic outposts. The traffic police at Chandi Mandir Chhak did not intervene even though the scooter went past it, sources said.

Cuttack Deputy Commissioner of Police (DCP) Pinak Mishra issued the notice late on Monday after the disturbing incident, which took place on Sunday evening, went viral the following day. The havildar has been asked to furnish a reply within seven days.

“The youth was tied to a scooter and dragged on a busy road in Cuttack for more than two kilometres. We got information about the incident around 11 pm. The accused have been taken into custody, and the vehicle and tent used in the crime have been seized,” DCP Mishra told the media.

It is pertinent to mention here that Jagannath was forced to run on the busy streets of Cuttack’s Mission Road for having failed to repay Rs 1,500 that he had borrowed from the accused, Sk Husen (24) and Sk Husen (18), about a month ago for purchasing ganja. They confronted him at Stewart Patna Square, tied his hand with a tent cloth and made him run behind the scooter.

“The victim knew the accused and the incident was the fallout of a monetary dispute. We are investigating the matter,” the DCP added.

Behera and Husen work at a bread-making unit at Sutahat.