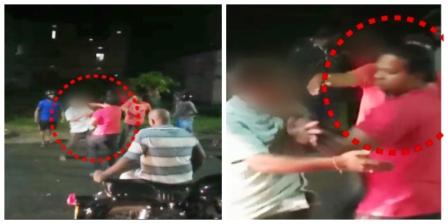 Berhampur: Police are on the lookout for a youth, who allegedly assaulted a minor girl and her relative near Gopalpur Chhak, on the outskirts of Berhampur, on Sunday night.

According to sources, the motorcycle-borne youth blocked their way near Gopalpur Chhak while they were travelling to Ambapua from Berhampur in a car around 9 am. He then took away the key of the car.

When they asked him for the key, he dragged the minor girl out of the car and beat her up in the presence of some locals. When her relative tried to resist, the youth also thrashed him. He later gave them back the key and fled the area.

On being informed, police rushed to the spot.

On the basis of the complaint lodged by the minor girl and her kin, police have begun a manhunt to nab the youth.

“The anti-social has been identified as a video of the incident has been uploaded on social media. He will be arrested soon,” a police officer said.

Get Learner’s DL From These Camp Offices In Bhubaneswar