#Youth4Water Campaign: Each Youth To Reach Out To 100 Others To Talk Period

Bhubaneswar: Hundreds of youths, associated with the #Youth4Water campaign across the state, raised awareness on the importance of sanitation and hygiene practices during menstruation, and each of them vowed to reach 100 youths in person, besides his/her family members, within a year.

The campaign, being facilitated by Water Initiatives, Patang and other partner organisations in cooperation with UNICEF, Odisha, has seen about 1000 youths from colleges in five districts being actively involved. 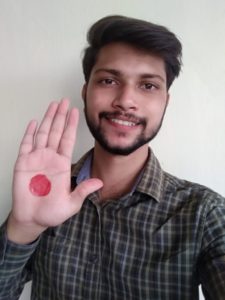 The goal of the #Youth4Water campaign is to reach out to every youth of Odisha by 2025 with messages of water and river conservation, sanitation, hygiene and climate change awareness and maintaining hygiene during menstruation, informed Panda.

The youths have taken to the social media by posting photographs with Red Dots on their palms.