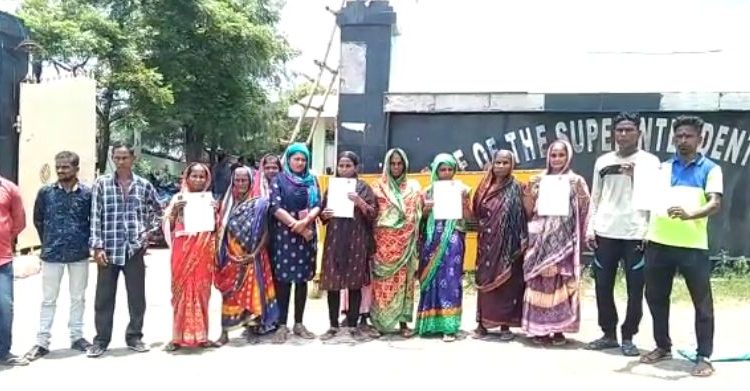 Puri: Family members and relatives of a youth, who was allegedly murdered over four months ago, staged a demonstration outside the office of the Superintendent of Police, Puri, demanding quick steps to arrest all the accused in the case.

The protesters also alleged that the police personnel, instead of conducting expeditious investigation, were misbehaving with the family members of the deceased youth while refusing to share details about the case.

Munna Pradhan of village Samangara under the jurisdiction of Penthakata Marine Police Station in the district was engaged to a girl belonging to nearby Nuagaon, but the engagement broke due to some misunderstanding, said Sumitra Pradhan, aunt of the deceased.

Claiming that Munna was attacked with iron rod and other weapons on March 16 near Nuagaon square when he was proceeding to Uttarkona, she said the critically injured youth was first rushed to Puri hospital and subsequently died on the way while being shifted to Cuttack.

Holding the family of the girl responsible for the death of Munna, she said though four months have elapsed police had failed to arrest all the accused persons. “We want justice. Police should step up investigation in the case and book all the accused,” she said.

Both Sumitra and Munna’s sister Gayatri Patra alleged that the girl’s family members had even extorted money from her brother. “My brother was killed over four months ago and police must speed up probe to give him justice,” Gayatri said.

No senior police official was immediately available for comment.