10 Of World’s 15 Hottest Places In India, Rest In Pakistan 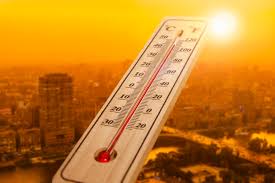 Ten places in Northern India featured in the list of 15 hottest places on earth on Sunday as a severe heatwave swept the region, says a report in Hindustan Times.

The five remaining places on the list were in neighbouring Pakistan, making the region warmest on earth, even as Agartala in Tripura has received maximum rainfall in the world since Saturday.