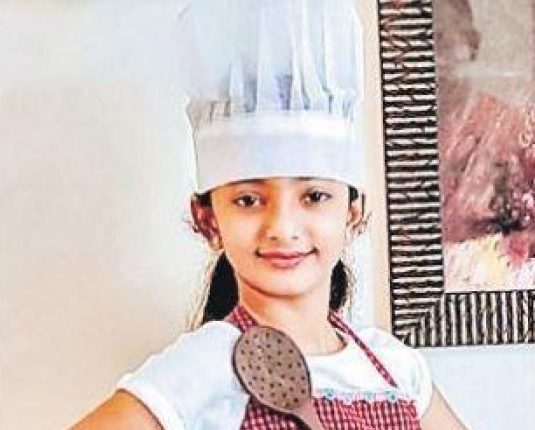 Kochi: Ten-year-old Saanvi M Prajit from Ernakulam in Kerala has created a record by cooking 33 different dishes in just one hour.

Saanvi’s mother Manjma said that her daughter began cooking at a very early age. As a child, she used to mimic the way tea, dosa and other dishes were made in the house, according to a report in Indian Express.

At the age of six, she started accompanying her mother to various cookery shows.

“My husband, who is in the Air Force, was stationed at Pathankot at that time and I couldn’t leave Saanvi at home all alone. So, I used to take her along to the cookery shows. She used to be there on the floor watching and giving me tips,” Saanvi’s mother said.

When Saanvi challenged her grandmother over the style of cooking, her mother thought of showcasing her talent via YouTube and then contacted the Asian Book Of Records.

In the category for children in cooking, the minimum number of dishes was 18, and Saanvi cooked 33 dishes in one hour.

“I think cooking is in her genes. We are a family of foodies. Also, since her father Wing Commander Prajit Babu is with the Air Force, there have always been parties with tables laden with various types of food. Saanvi has been around all these and it is not very surprising that it piqued her interest,” said Manjma.

Coronavirus Can Survive For 28 Days On Banknotes, Mobile Screens: Study

Youth Arrested For Alleged Blackmail & Rape Of Girl In…