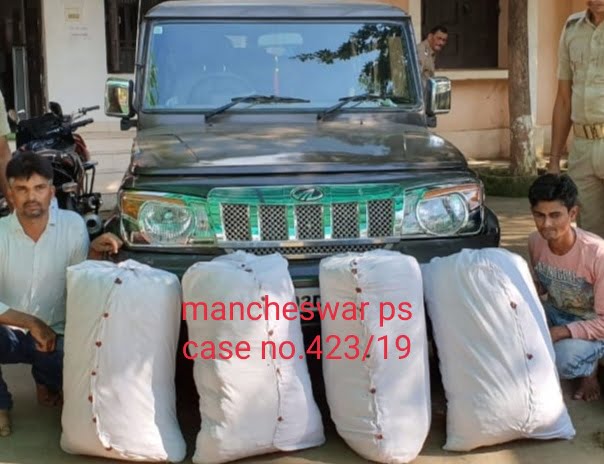 Bhubaneswar: In a crackdown against drug trafficking, the Commissionerate Police on Tuesday busted a ganja racket and arrested two peddlers from Mancheswar here.

The arrested persons have been identified as Mohd Safran (33) and Niraj Kumar Paswan (28). They belong to Bihar.

They were nabbed following raids at different places in the city.