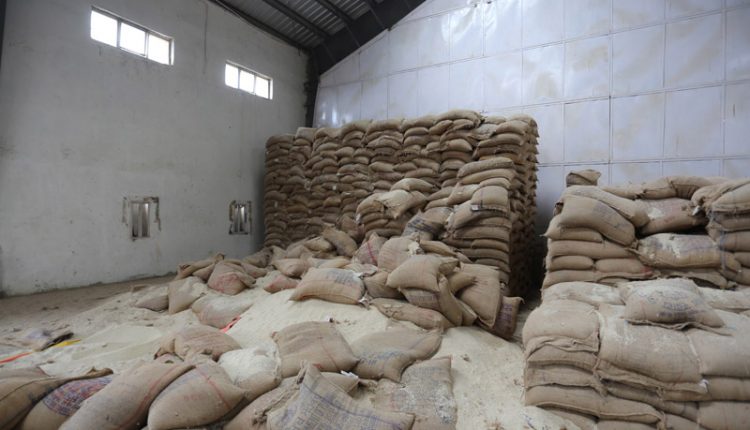 Sonepur: Amid the row over the distribution of free rice under the PMGKY in Odisha, the Subarnapur administration has initiated a probe into a rice scam at the PEG RRC godown at Binika in the district after the Odisha Food Supplies and Consumer Welfare department registered a case against an agent, Bimali Bharati, and the godown owner at Arigaon under Binika police station.

According to reports, the department detected a huge fraud at the godown following which the Sonepur district administration formed a team to probe the allegations.

During a physical verification of the godown, the probe team found a shortage of 10,344 quintals of rice worth Rs 3,32,00,000 at the godown.

When contacted, Sonepur district collector Aboli Sunil Naravane said, “After learning about the misappropriation, we formed a team and following physical verification, we found a shortage of 10,000 quintals of rice. We intimated the government about the fraud and were directed to recover the missing rice. Accordingly, we have lodged an FIR against the godown owner. The police will take action as per law.”