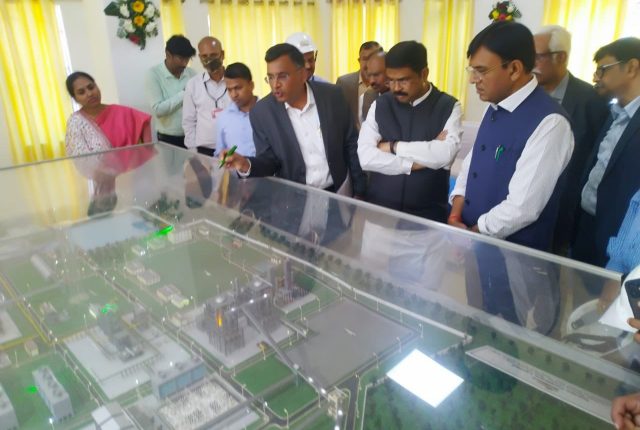 The work for the ambitious project is in progress and the plant will be dedicated to the nation before October 2024, the Minister told reporters during a visit to Talcher Fertilisers Ltd.

With an aim at making the country self-reliant in urea sector, Prime Minister Narendra Modi had laid the foundation stone for the coal gasification plant at Talcher in Angul district.

With the establishment of the plant, the country will produce urea by using its natural resource coal and be able to meet energy requirement, he said.

“India’s agriculture sector needs fertilisers to flourish and the country is currently dependent on imports and domestic production of nutrients. Under the visionary leadership of Prime Minister, India set out the target to become aatmanirbhar in this field as well,” the Minister said.

The Rs 13,200 crore project is an attempt to revive the shut plant formerly owned by Fertilizer Corporation of India Ltd (FCIL).

had laid the foundation for the urea plant in September 2018. The project was reportedly delayed owing to Covid-19.

“India’s domestic production of urea will see a major boost with five new fertiliser plants coming up in the country. Four of these plants are already functional while Talcher is a coal gasification plant which will become functional by October 2024,” he said

Mandaviya reviewed the progress of FCIL Talcher unit in the presence of Union Minister for Education and Skill Development & Entrepreneurship, Dharmendra Pradhan.