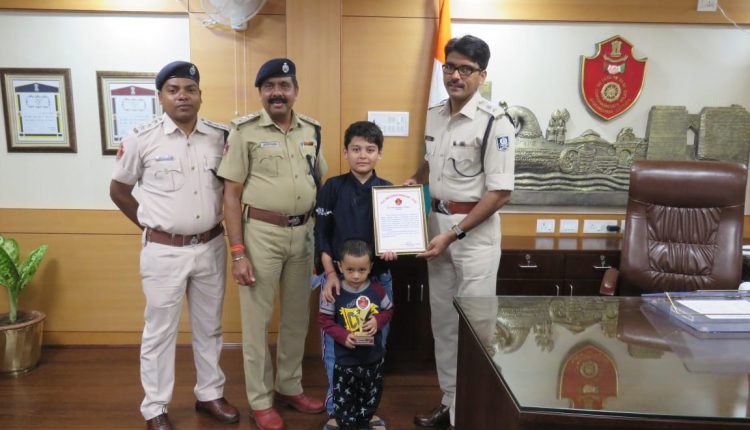 Cuttack: This summer, traffic personnel in the Millennium City were in for a surprise when a little boy approached them with bottles of water to help them quench their thirst in the scorching heat. Abhisek had distributed around 10000 litres of safe drinking water among the traffic personnel in the city.

“In the aftermath of cyclone Fani, most residents had problem getting safe drinking water. This prompted him to move from one traffic post to another and distribute water,” said Abhisek’s father.

The 11-year-old did not ask his father a penny for this noble act. “Abishek spent the money he had won in various music competitions on buying water for them,” he added.

A student of SCB Medical Public School in Cuttack, he has won numerous awards as a drummer both at state and national levels.

However, Abhisek has always been involved in social causes and had been spending a share of his prize money to help poor needy children.

Cuttack Boy In World Book of Records For FANI Relief