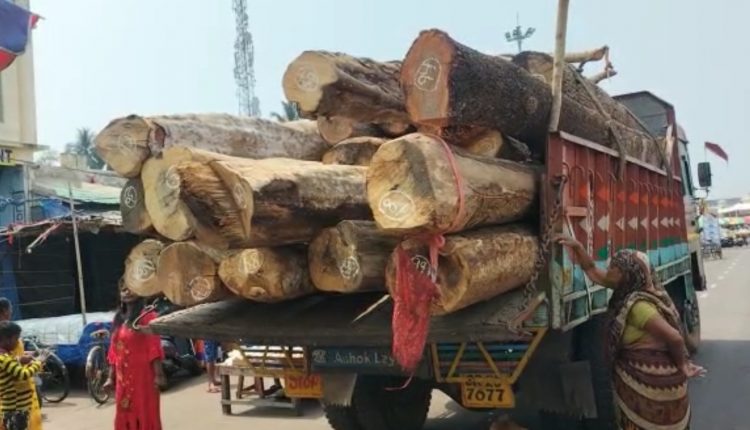 According to sources, as many as 104 wooden log pieces were dispatched from Dasapalla after a special puja  ritual at Mahaveer Temple.

Three trucks carrying the logs left for the ‘ratha khala’ where the three giant chariots are to be constructed on the Grand Road in the seaside pilgrim town.

AFter the required number of logs arrive at the ‘ratha khala’, sawing of the timber will be taken up on Ram Navami and construction of chariots will begin on Akshaya Tritiya. Normally, 865 pieces of different types of logs are used for construction of the chariots every year.

The process for making the chariots for Rath Yatra of sibling deities of the 12th century shrine had begun last month when a team of servitors went to Nayagarh to identify the wood.

‘Emergency:’ Kangana Ranaut Mortgaged All Her Properties For The Shoot