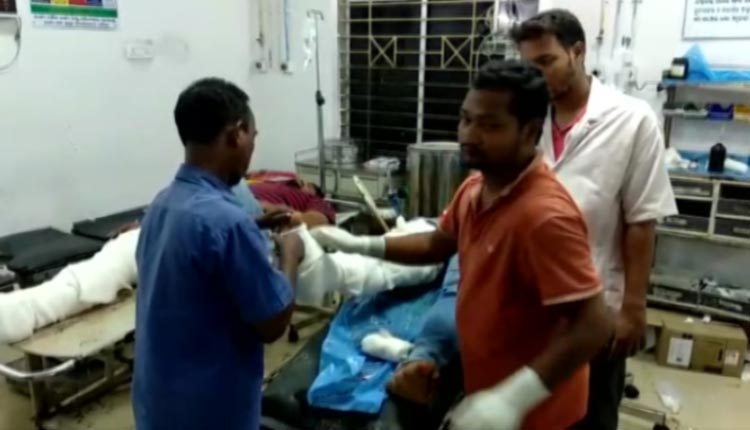 Berhampur: Two accused, who were allegedly involved in the murder of Congress’ Aska MLA candidate Manoj Jena, were injured and arrested after a police encounter in Berhampur on Friday night.

The accused have been identified as  Ganesh Nayak and Hrushi Patra. After the encounter, they were sent to hospital.

Sources said that acting on a tip-off, the police intercepted the criminals when they were travelling on a motorcycle on Friday night. The police nabbed them after a brief exchange of fire. However,  three more associates managed to escape from the spot, sources said.

Manoj Jena, the Congress’ MLA candidate from Aska, was shot at by four unidentified persons near Lanjipalli in Ganjam district on May 23, just hours before counting of votes. He succumbed to bullet injuries on May 24.

The Congress candidate was rushed to MKCG Medical College and Hospital in Berhampur and later shifted to a private hospital in Bhubaneswar, where he breathed his last while undergoing treatment.

Admissions Into Class XI To Commence From June 6