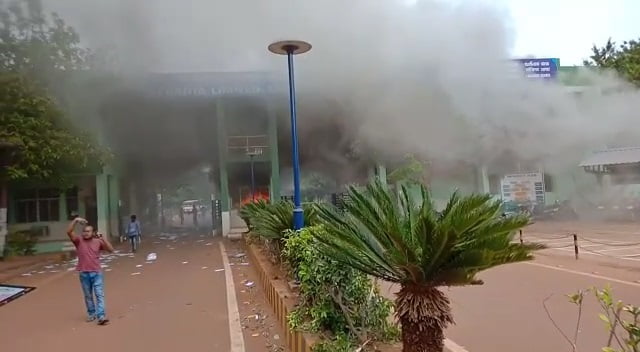 Sources said displaced locals of Rengupali village staged a protest on Monday, demanding permanent jobs. Security guards at the plant asked them to withdraw the stir, following which a heated argument ensued.

A scuffle followed when the protesters tried to force their way into the plant. Over 30 people were injured after security guards resorted to lathicharge. They had to be sent to a hospital at Lanjigarh for primary treatment.

Two among them succumbed to injuries at the hospital. One of them was identified as Dani Patra, a labourer at the plant, the sources added.

The company, in a statement, identified the other deceased as a local Odisha Industrial Security Force (OISF) personnel.

“This morning some agitators near our Lanjigarh plant staged a protest which led to a violent agitation. The local OISF personnel, who intervened were attacked by the protestors during which some protestors and OISF personnel got injured and they were immediately moved to the local hospital. According to the hospital authorities, one protestor and one OISF staff have succumbed to injuries,” the statement said.

A company spokesperson appealed for calm and resolving the matter amicably without resorting to violence. The company also assured full cooperation to the authorities concerned looking into the incident.

“We are deeply saddened by the news and we offer our condolences to the families of the deceased,” it added.

Anticipating further trouble, the district administration has clamped prohibitory order under Section 144 in front of the factory’s main gate. Besides, police have also been deployed in sensitive areas of Lanjigarh town.