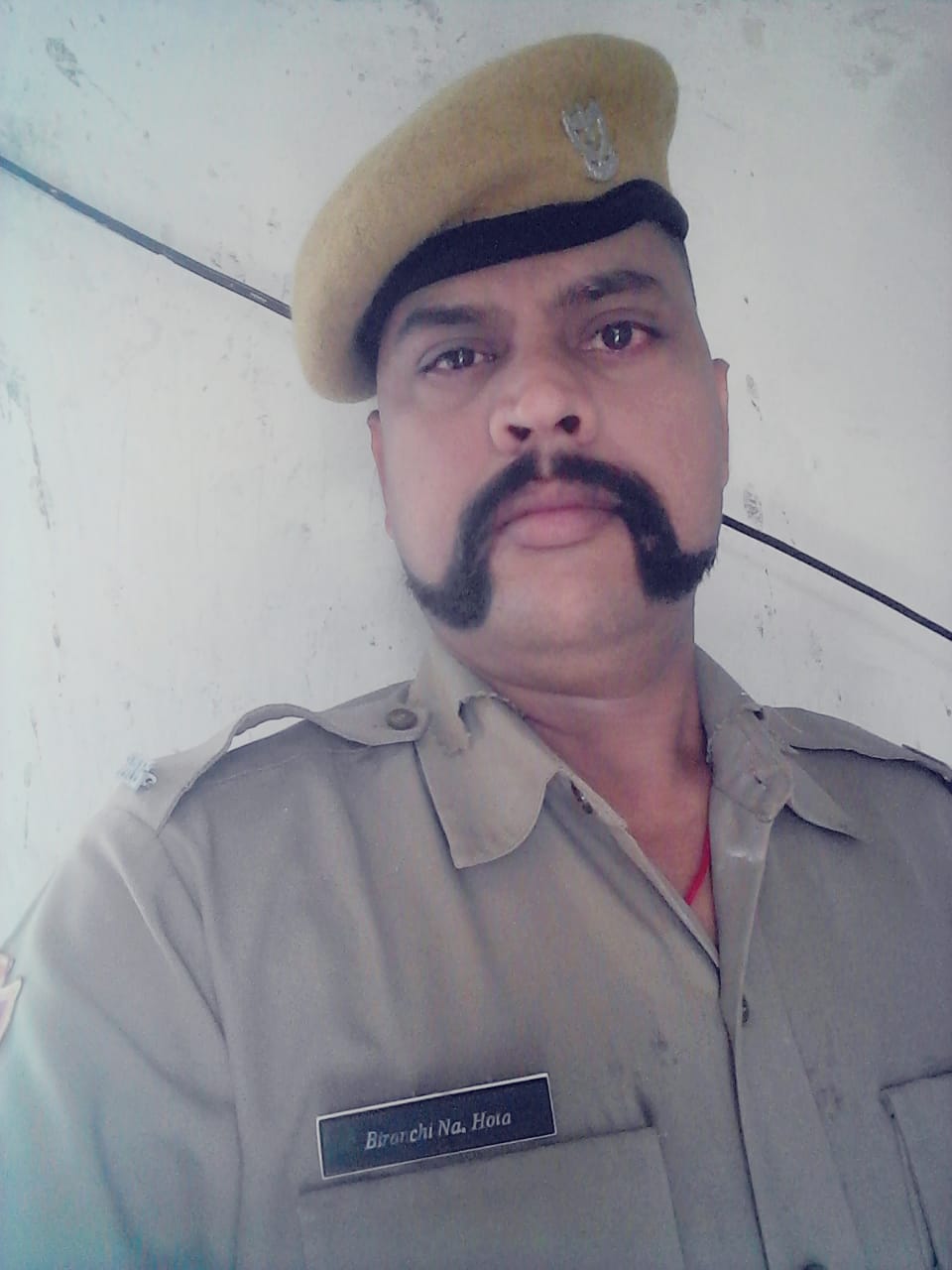 Bhubaneswar: Home Guard Biranchi Narayan Hota has a new name. His colleagues have started calling him Abhinandan Hota, ever since he gave his moustache a gunslinger twist that is IAF pilot Wing Commander Abhinandan Varthaman’s signature.

The IAF pilot was in the news recently when the Pakistan Air Force downed a MiG-21 and captured him during a counter-terror operation by India in Balakot. His courage and valour in the face of adversity in enemy soil – destroying and eating sensitive documents after his capture and refusing to answer some questions asked by Pakistani forces – endeared him to both the young and old in India and by the time Pakistan released Abhinandan at Wagah, some days later, he had become an overnight sensation.

Expectedly, Biranchi loves more than just Abhibandan’s moustache. “I’m a great fan of Abhinandan,” says Biranchi. “I’d dreamt of joining in the defence, But I didn’t qualify the exams. As I am a Home Guard working in the police department now, I want to follow in his footsteps and serve the country. After seeing his dedication towards the country, I thought I cannot do like him, but I can follow his moustaches, at least. Munna, a barber in our Police Reserve Colony at Jayadev Vihar, gave me this new look. He didn’t charge money for this.”

The 38-year old Home Guard belongs to Kalanga village under Bolagad police limits in Khurda district and serves as a driver for Home Guard additional commissioner of police Ashok Kumar Panigrahi at the DCP office in Vani Vihar.

“People pose for selfies with me and have been calling me Odisha’s Abhinandan,” Biranchi adds. “Department officers, too, have praised my style, saying it suits me.”

The adulation has definitely strengthened his resolve. “I will not marry,” Biranchi says. “I’d decided to marry only after getting a defence job. As I could not make it, I didn’t marry. I will dedicate my whole life in the service of the nation now.”