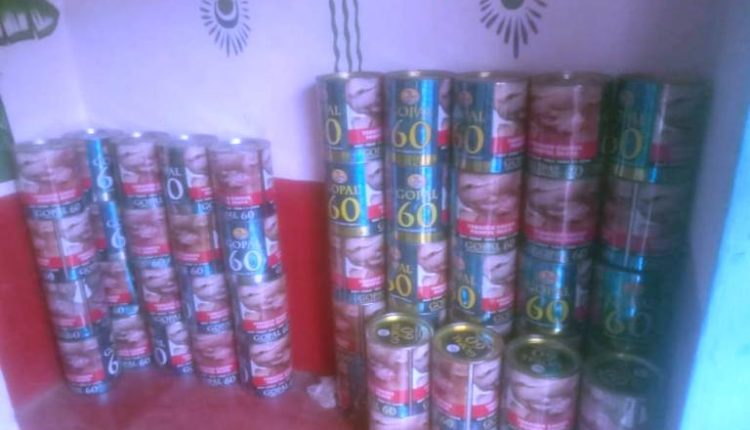 Balasore: Continuing the drive against spurious materials, police on Sunday seized duplicate gutkha and tobacco products worth over Rs 10 lakh from two places of Jaleswar in the district.

Following reliable information, the Special Task Force (STF) of Crime Branch conducted raid on a place in Rajpur and seized huge quantity of duplicate tobacco with the brand name of ‘Gopal Zarda’ and tobacco products of other companies. The owner of the places, Ashok Kumar Sahu has been detained.

In another raid in Station Bazaar area, the STF personnel seized the tobacco of the same company and detained one Chandan Chourasia.

More than two quintal of fake tobacco products worth over Rs 10 lakh have been seized during the raids, STF sources said. The STF has registered two separate cases in this connection and further investigation is on.

It may be noted that spurious edible oil, ghee, masala, liquor besides tobacco products of reputed brands have been seized from different districts during the last few months in the drive against fake product racket in the state.
Also Read: Spurious Liquor Manufacturing Unit Busted In Odisha’s Koraput
BalasoreFake Tobacco Productsodisha
Share FacebookTwitterGoogle+ReddItWhatsAppPinterestEmail