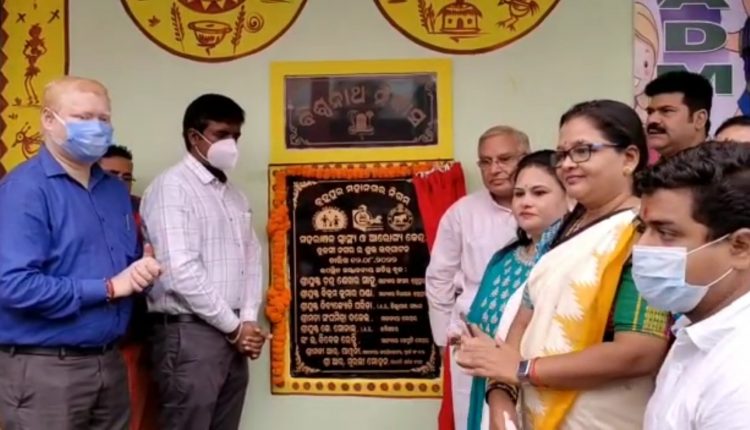 Inaugurating the two health centres, Berhampur MP Chandra Sekhar Sahu said the city already has 8 urban primary health centres (UPHCs) and 6 more UHWCs would come up. While two UHWCs were opened on the day, 4 more would be inaugurated on the occasion of Local Self-Government Day on August 31, he added.

Berhampur mayor Sanghamitra Dalei said since the health services remain its top priority, the state government has been opening the health centres to ensure that healthcare reaches every person.

Of the two UHWCs, one is located at Tulasinagar in Ward 15 under Berhampur Municipal Corporation (BeMC) and the other at Minakhinagar in Ward 15. The UHWCs have been constructed under the National Urban Health Mission (NUHC).

Under the Mission, the UHWCs have been envisaged to decentralise comprehensive primary healthcare services below the existing UPHC level in NUHM targeted cities, act as a standalone facility in smaller towns and semi-urban areas.

The proposed UHWC is completely a new public health structure in urban areas which will cover smaller urban population of 15,000-20,000 residing in slums, similar habitations and other areas.

It will cater to healthcare needs of pregnant women, infants and old age people besides general patients. The medical services and medicines will be provided free of cost to the patients.

Will Aamir Khan’s ‘Laal Singh Chaddha’ Be First Indian Film To Release In Pakistan Since 2019?