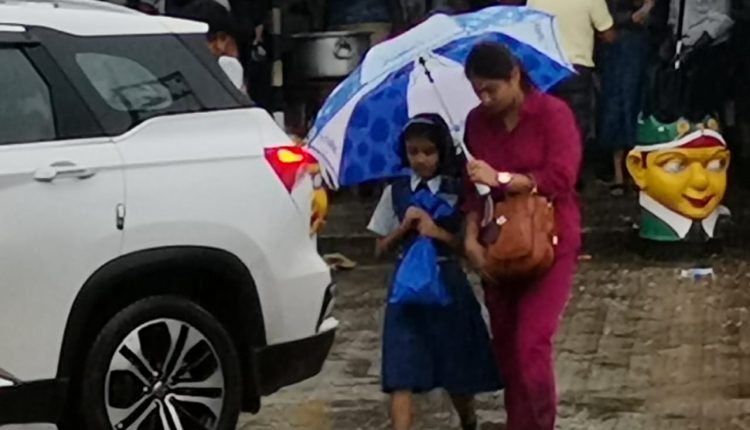 Bhubaneswar: A cyclonic circulation lies over west Myanmar and the neighbourhood and it is likely to intensify into a low-pressure area over North Bay of Bengal during the next 24 hours and become more marked during the subsequent 24 hours and move west-northwestwards thereafter, the India Meteorological Department (IMD) informed on Friday.

Odisha, which has been battered by massive downpours over the past few days, will continue to witness heavy showers till August 15 under the influence of the system.

The rain intensity is likely to decrease thereafter with yellow warning for heavy rainfall (7 to 11cm) for only four districts of Nabarangpur, Nuapada, Balangir and Bargarh on August 15.

Under the influence of strong monsoon flow and anticipated low-pressure area with further intensification, squally weather with gusty surface wind speed reaching 40 to 50 kmph is very likely over north adjoining the west-central Bay of Bengal off Odisha coast during the next 24 hours. The weather condition is also likely to prevail along and off Odisha coast & North adjoining the west-central Bay of Bengal from August 13 to 15, the IMD added.

Fishermen have been advised against venturing into the sea during this period.