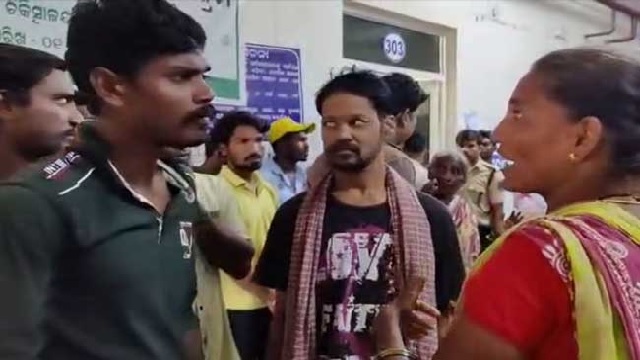 Paralakhemundi: A two-year-old boy died at the district headquarters hospital (DHH) in Paralakhemundi in Odisha’s Gajapati on Tuesday allegedly due to medical negligence.

The boy, Ayush, who was from Gurandi village under Gosani tehsil in the district, was running high fever following which he was rushed to the community health centre on Monday night and later shifted to DHH allegedly due to unavailability of doctors.

But his parents alleged that they faced a similar situation at DHH. In the absence of doctors, the boy was allegedly treated and given medicines by a nurse, they alleged.

Soon after the medication, the child allegedly died at the hospital. Ayush’s father Anil Kumar Bisoi alleged that the boy died due to medical negligence by the hospital authorities.

The deceased’s body was kept on the hospital premises and a protest was staged by the locals. They have demanded strict action against the authorities.

Will There Be A Cyclone In Odisha This Month? Check What IMD Has To Say