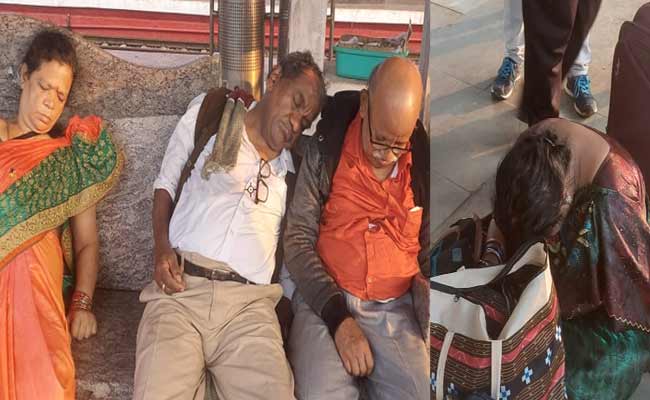 Berhampur: Two elderly couples from Odisha’s Berhampur were rescued in an unconscious state after allegedly being drugged on the Puri-Gunupur train on Wednesday evening.

The victims have been identified as K Subas Achari, his wife K Sumati Achari and K Kishore Chandra Achari, and his wife K Sharda Achari.

According to sources, the four had coconut water near Sakhigopal while returning to Berhampur from Puri. Passengers informed Government Railway Police (GRP) after finding them in an unconscious state. They were taken off the train and rushed to MKCG Medical College and Hospital, Berhampur, by an emergency ambulance.

They have since regained consciousness and are in stable condition.

The police ascertained their identity from the Aadhaar cards.

Sources further said miscreants allegedly stole several things from them after they fell unconscious inside the train. A probe into the incident is underway.