Cuttack: A day after Khatbin Sahi here was declared a containment zone, the Cuttack Municipal Corporation (CMC) on Wednesday revealed that 32 COVID-19 cases were detected in this locality in the last 24 hours.

These are among the 54 fresh cases reported from Cuttack city, which pushed the total to 452.

Among them, 41 are home quarantine, 11 institutional quarantine and two are local contact cases. A Corona Warrior is among the 10 more cases detected in the isolation ward of SCB Medical College and Hospital. 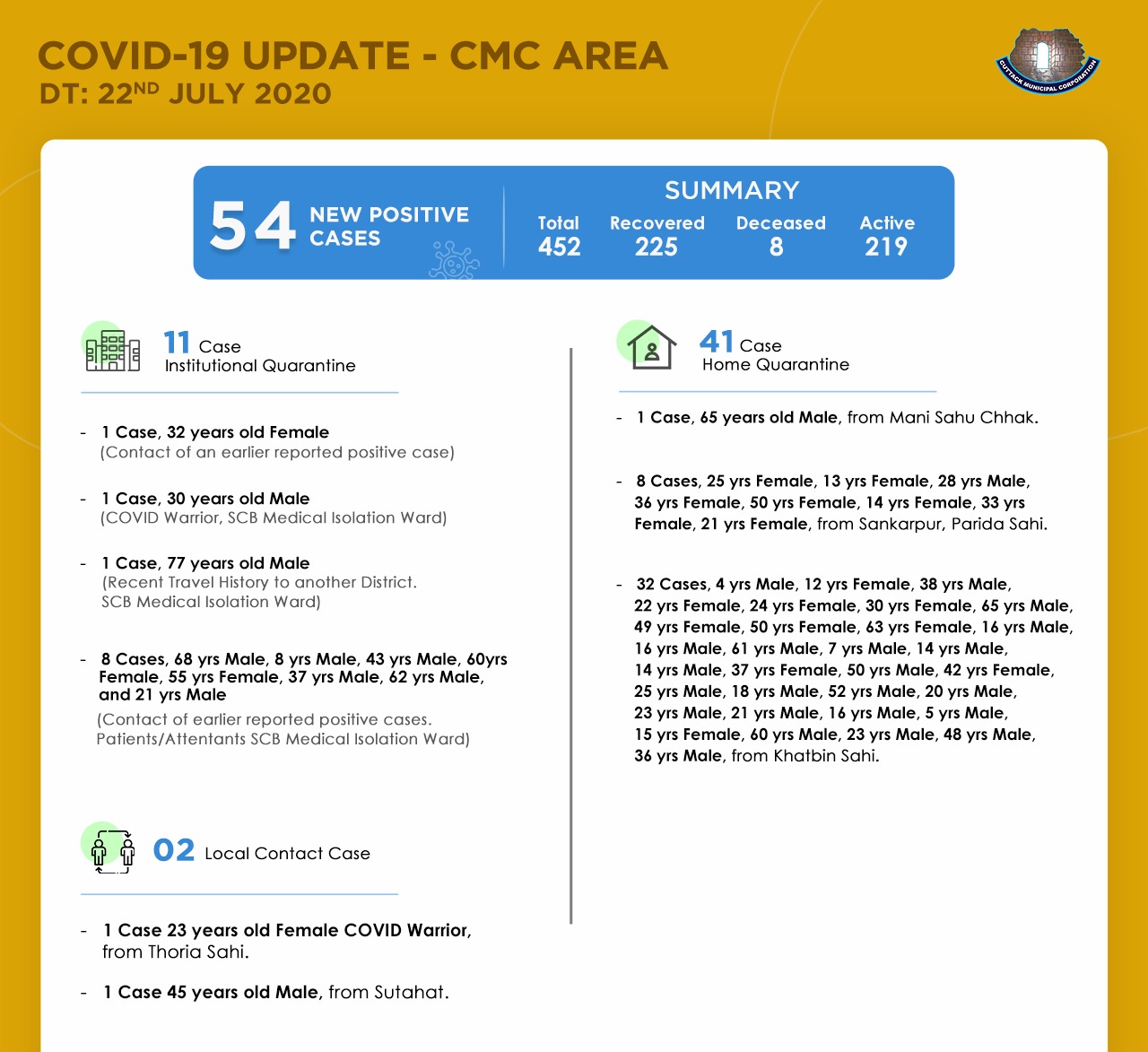 With eight deaths and 225 recoveries, the city now has 219 active cases.