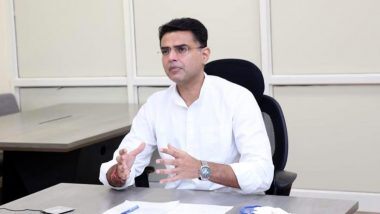 Can an audio clip be used as evidence in the court? How do you prove the genuineness of a voice in the tape belonging to a particular person if he/she denies it?

The whole issue has become pertinent now with the Sachin Pilot-Ashok Gehlot drama predictably having the usual surfacing of the leaked audio tapes of conspiracy to topple the government of Rajasthan and talks of money being exchanged.  On expected lines are statements by BJP leaders rubbishing the tapes and alleging that they were “doctored”.

The matter took a serious turn on Tuesday with the Special Operations Group (SOG) of Rajasthan seeking time for collecting voice samples from BJP leader and  Union Minister of Jal Shakti,  Gajendra Singh Shekhawat, whose voice they alleged, figured in the audiotapes. The SOG had earlier sent a notice to him in this regard.

The SOG and Rajasthan government are in no mood to relent any time soon. The BJP has further queered the pitch by raising questions whether phones of citizens were being routinely  “tapped”…and is there “emergency” in Rajasthan.
They have demanded that CBI must inquire into the whole matter.

We must not lose sight of the moot point in all this that the Rajasthan government is making very serious charges of efforts to destabilise an elected government and horse-trading and that too against a sitting central Minister of BJP.

The fact that an FIR has been lodged and one of the arrested suspects shows that the Rajasthan government believes that it is on a sure footing as far as the tapes are concerned and it is not using these is just as a pressure tactic.

In the present case, the tapes are supposed to feature two MLAs supporting Sachin Pilot, Bhanwar Lal Sharma, and Vishvendra Singh, talking to Union Minister for Jal Shakti Gajendra Singh Shekhawat and an intermediary Sanjay Jain, about their plan to topple the ruling Congress government in Rajasthan.

But then the authenticity of the tape and identity of the individuals have to be proven beyond doubt by the authorities.

On the complaint of Mahesh Joshi, Chief Whip of Congress in Rajasthan, a case has been filed by the Rajasthan government against Shekhawat and Sanjay Jain. The latter was arrested by SOG.

Shekhawat has said that although it wasn’t his voice, he is ready to face an inquiry.

Congress has issued a show-cause notice and suspended both Bhanwar Lal Sharma and former Tourism Minister Vishvendra Singh Sharma from the party.

Rajasthan BJP president Satish Poonia has said that Gehlot is trying to tarnish the image of these leaders using a fake audio clip.

A lot depends on the authenticity of the tape. Electronic evidence in this case as well as in many other cases is becoming the lynchpin around which anti-corruption cases move today.

Technology in computer forensics is quite advanced and voice samples taken from the suspect compared with the incriminating voice evidence in the tape can be proved quite reliably to be of that of the suspect, he said.

Retired Principal Scientific Officer of Central Forensic Science Laboratory, CBI, and Executive Director of Premier Forensic Science Institute & Labs, Delhi, Dr. S.C. Mittal stated that one of the main principles of voice identification continues to be “critical listening” of the sample and disputed voice on the basis of phonetics. The speaker will have a definite accent of the region he belongs to.

Off Beat Engineering Courses You Must Know