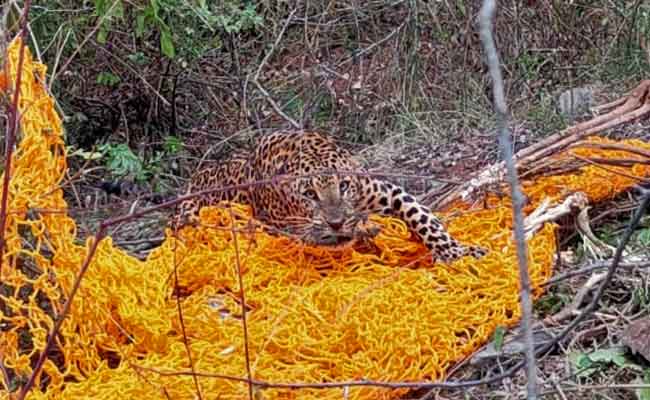 Ganjam: Six persons were arrested on Sunday in connection with the death of a leopard which was rescued by Forest officials in Buguda of Ganjam district.

Of the arrested persons, three belong to Nagudu village under Buguda police limits and three are from Pankala Sahi.

According to sources, some persons had laid a net to capture boars in a forest near Nagudu village on Friday. But the leopard got trapped.

On finding the leopard in the net, panicked villagers informed the Forest officials who rushed to the spot.

The Forest staff freed the big cat from the net by tranquilising it. Later, when they were releasing the leopard in Kiriamba forest, it died.