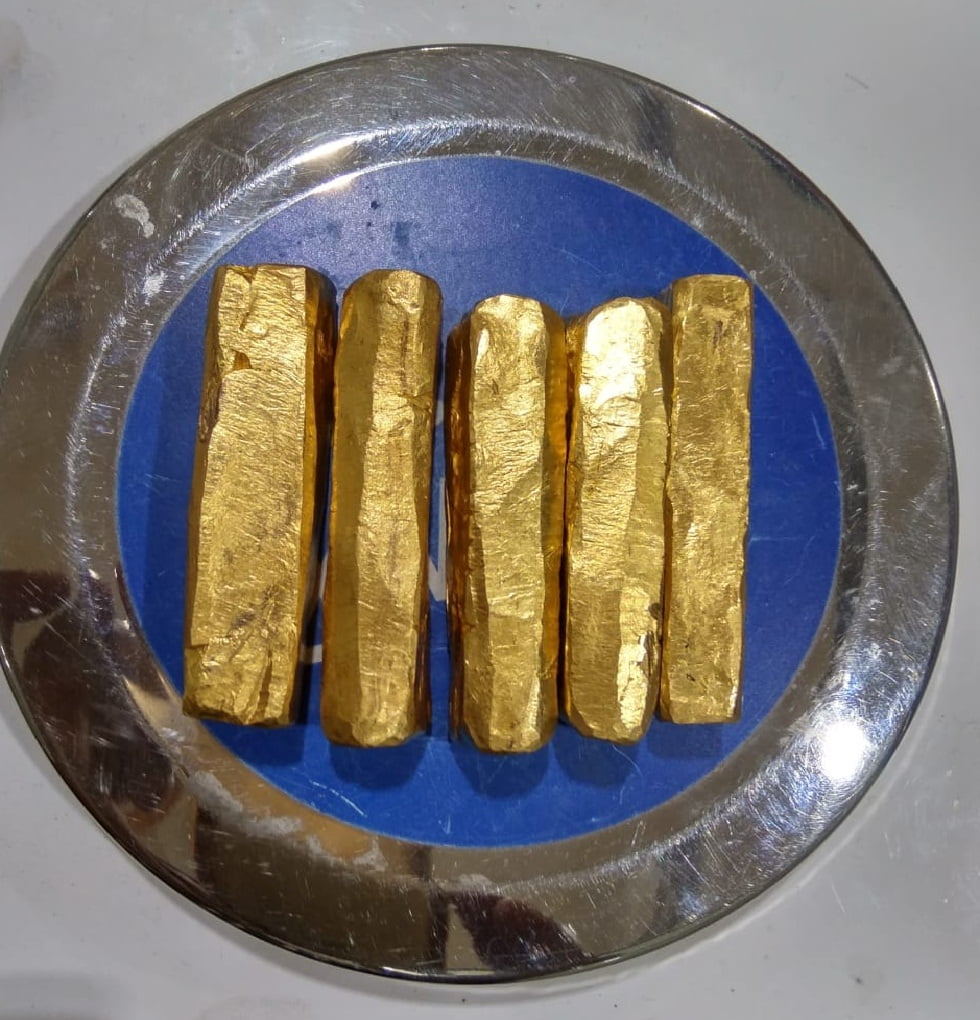 Bhubaneswar: Officers of the customs’ Air Intelligence Unit at Biju Patnaik International Airport seized smuggled gold from a woman passenger on Sunday.
A press note from the airport said the passenger from Maharashtra had arrived from Dubai via Delhi on Air India flight No AI-77.
During searches, three capsules wrapped with a black adhesive tape and containing five pieces of gold bar of foreign origin were found concealed in her rectum.
The total weight of the gold was 707.67gm, having purity of 99.9 per cent and valued at around Rs 23.8 lakh, said the assistant commissioner of customs at the airport, B.B. Patnaik. Further investigations are on.