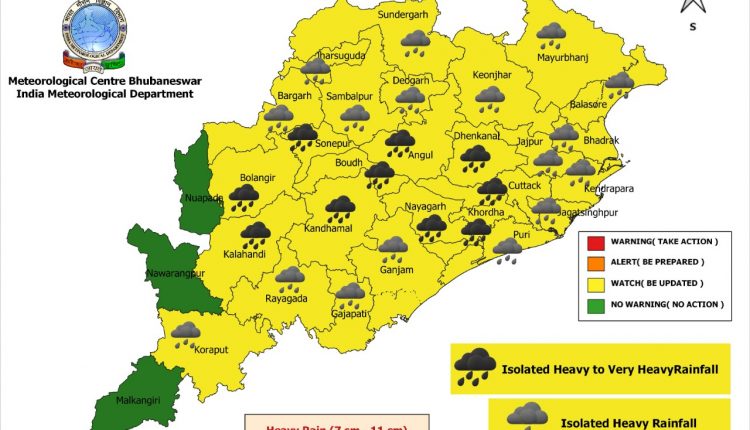 Bhubaneswar: Heavy to very heavy rainfall is likely to lash Odisha during the next five days under the influence of a cyclonic circulation, which is expected to intensify into a low pressure by September 20, the India Meteorological Department (IMD) said on Saturday.

“A cyclonic circulation lies over east-central and adjoining southeast Bay of Bengal. Under its influence, a low-pressure area is likely to form over westcentral & adjoining northwest Bay of Bengal around September 20,” the MeT office said in the mid-day bulletin.

This will seventh low pressure in this monsoon season and the system is expected to bring intense spells of rain to Odisha.

Check the forecast for the next 5 days here: 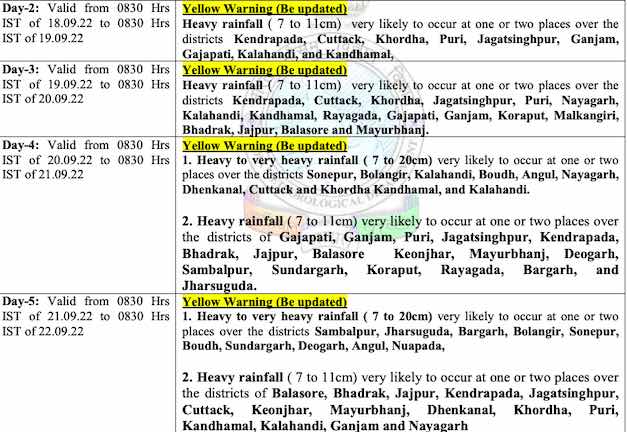 Under influence of a strong monsoon current and anticipated low pressure, squally weather with gusty surface wind speed reaching 45 to 55kmph is very likely over deep sea areas of west central adjoining northwest Bay of Bengal on September 20 and along and off Odisha coast and west central adjoining northwest Bay of Bengal from September 21-22. Fishermen have been advised not to venture into the deep sea during this period.

According to SOA’s Centre for Environment and Climate (CEC), the system was likely to move in a north-westerly direction towards western Odisha and Chhatisgarh from September 21 but would have its impact on coastal Odisha up to September 20.

Western Odisha districts could experience heavy to very heavy rainfall in one or two places on September 21 and 22, the bulletin said adding Bhubaneswar city could get moderate rainfall on September 20 and 21, it added.

Over 700 Maoist Supporters Surrender In Odisha