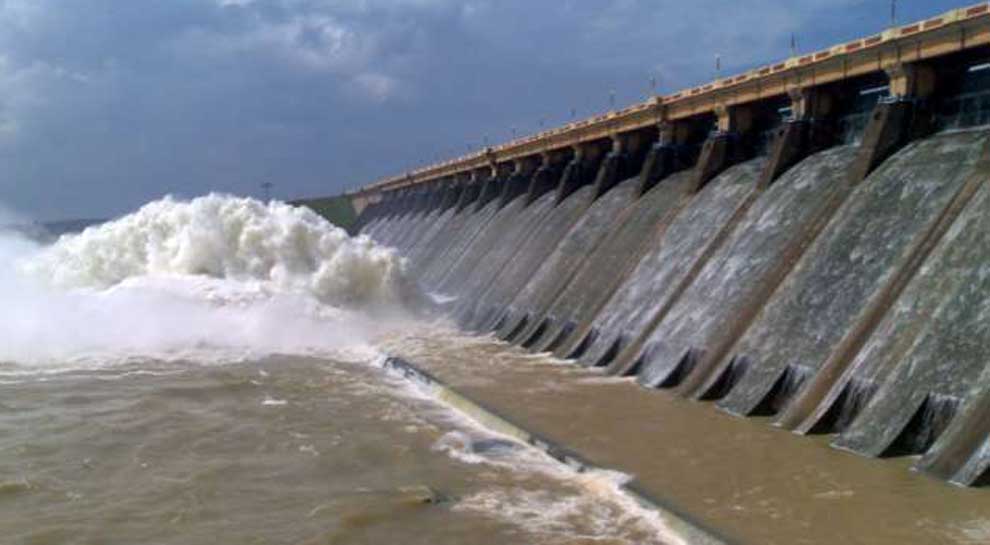 Sambalpur: In order to control the flood situation in low-lying areas of the Mahanadi river system, the Hirakud dam authorities closed eight sluice gates on Monday.

At present, the excess water from the dam reservoir was being released through 26 gates including eight on right and 18 on left side. While the dam’s storage capacity is 630 cubic feet, the water level stood at 620.73 cubic feet at 12 noon on the day.

Special Relief Commissioner (SRC) Pradeep Jena, in a tweet, said, “Hirakud dam’s 8 gates will be closed to regulate and control flood situation in low-lying areas till 9 am on Tuesday.”

Heavy rain in upper catchment areas of Mahanadi has led to rise in water level of the reservoir. The inflow of water to the reservoir was 9.7 lakh cusec while the outflow was recorded at 5.71 lakh cusec.

Jena further said rainwater was being discharged at the rate of 9.1 lakh cusec from the barrage at Mundali in Cuttack district. If 8 gates of Hirakud reservoir are closed, it will decrease waterflow by 1.2 lakh cusec. The inflow at Mundali is expected to go up to 11 lakh cusec by Tuesday evening, he added.

Notably, the district administration has shifted more than 1,000 people from the low-lying areas of Sambalpur to to safe shelters.

On flood preparedness, Sambalpur district collector Ananya Das said 7 relief camps have been set up to relocate the people. Similarly, water pumps have been deployed to drain out water from low-lying areas.

Similarly, Golpada locality in Binka town has been rendered waterlogged with rainwater entering houses. The link between Binka and Dunguripalli has been snapped as 4-ft water was flowing over Sangijuba nullah.

Depression Likely To Weaken During Next 12 Hrs