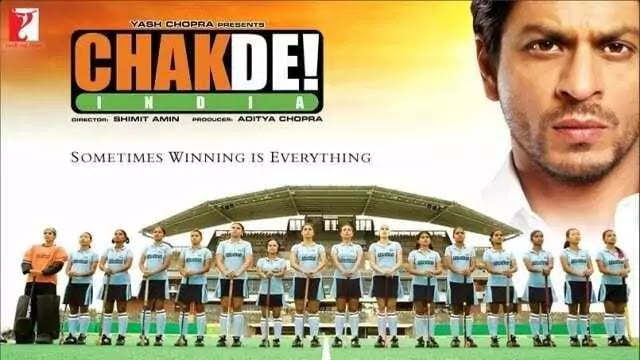 New Delhi: There is no doubt that Bollywood films made about the freedom struggle and nationalism, evoke patriotism among the audience. While some of them, especially those made in the past, depicted real-time incidents on the struggle for freedom, others have a subtle message on nationalism and patriotism through their characters and storyline.

Here are some of them.

This iconic Shah Rukh-starrer, one of his best performances, focused on pressing issues like water and electricity, which continue to be a problem in certain parts of India even today. The film traces the journey of a NASA scientist who rediscovers his Indian roots during a trip to India and changes the face of the village he visits during his trip to the country.

This Aamir Khanstarrer was set in the pre-independence era revolved around the members of a small village who challenge British army officers in a game of cricket even though they have never played it and don’t even own a bat and a ball. Their goal was to get the lagaan (agricultural tax) repealed. The film depicts the pride of the villagers in their country.

Yet another Shah Rukh Khan-starrer, in which he plays coach Kabir Khan, who loses a critical hockey match. He vows to train a team of women hockey players and makes the country proud despite all odds.

In this 2015 Akshay Kumar film, the protagonist, Gabbar (Akshay Kumar) creates a vigilante military network to eliminate corrupt officials. As pressure mounts on the police to find out who is responsible for the killings, a special investigator is summoned to track them down.

This film is most memorable because of veteran Naseeruddin Shah’s performance. A retiring police officer reminisces about the most astounding day of his career. About a case that was never filed but continues to haunt him in his memories – the case of a man and a Wednesday.

Everything about this Aamir Khan film directed by Rakeysh Omprakash Mehra resonated with the audience. It retold the story of the Indian freedom fighter Bhagat Singh with a modern twist.