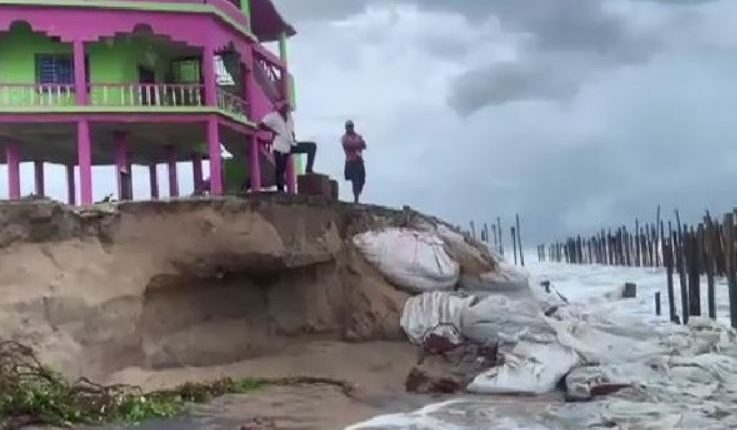 Bhubaneswar: At least 91 villages have become highly vulnerable to sea erosion threat in the coastal belt of Odisha.

Odisha’s Forest, Environment, and Climate Change department has submitted an action plan before the Centre for 2021-30. A number of initiatives are being taken under this plan to prevent sea erosion, sources said.

At least 36.9 percent area of the coastline along Odisha coast is facing sea erosion, the report said.

One of the worst hit due to sea erosion is Satabhaya panchayat under Rajnagar block of Kendrapara district. Once a cluster of seven villages, barely one is left as six villages have been gobbled by sea.

The 17 km stretch of the coast near Satabhaya is described as the fastest-eroding beach in Odisha and only a small portion of the cluster remains. Around 600 families of Satabhaya were shifted to the rehabilitation colony at Bagapatia four years ago facing the fury of the sea.

Similarly, Chikiti and Ganjam blocks are the worst affected by sea erosion in Ganjam district. Ramayapatana, Chandanbada, and Alatpur in Chikiti and Podempeta in Ganjam are most prone to sea erosion and over 100 houses including pucca ones were washed away in the areas during monsoons.