A Celebration Of Odia Culture In Kuwait 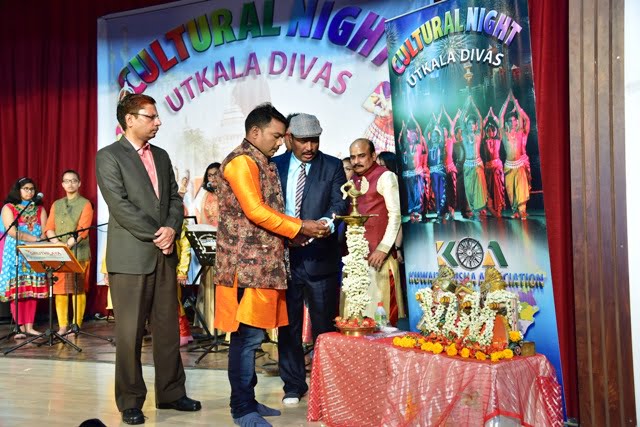 Moving to another country does not wean you from your roots and culture. In fact they become that much stronger. And when you showcase your culture abroad, you become the unofficial ambassador of your own country.

This is what Kuwait Odisha Association (KOA) did, when it recently celebrated Utkal Diwas in the Indian Community School Auditorium, Khaitan, in Kuwait.

KOA has taken up cudgels to preserve Odia culture in Kuwait. The 115 Odia families who participated in the event, it was an experience of déjà vu as native songs were belted out one after another and foot-tapping dances were performed.

KOA has been registered with India Embassy Kuwait since 1989. On this occasion, KOA Samranika  2019 was also unveiled.

The cultural programme started with Ganesh Vandana followed by dance numbers by children. Everyone swayed when little girls danced to the popular number ‘Nahin mo pade aaji nupura’. The boys also enthralled the audience with their dance on ‘Mu Odia pua bhari swabhimani’. Not to be left behind were women, who got a loud applause for their dance number. All the dances were choreographed by Bubbly Mishra, Rashmita Panda, Shivani Ravi, Lipsa Sahu and Biswaranjan Sahoo.

The audience was transported to Odia village culture when he presented Chakulia Panda and reminded famous folklores of Odisha. A fashion show exhibiting the handlooms of Odisha and other states captivated the audience. It was choreographed by Rashmita Panda and Pranati Patnaik.

Speaking on the occasion, Ranveer Bharti, Second Secretary of the Indian Embassy in Kuwait applauded the effort of KOA towards keeping alive Odisha’s glorious culture in Kuwait.

President KOA, Ashok Chandra Lenka, recollected the glorious past of the great land recalled the tradition of trade with islands like Bali, Java and Sumatra.

Yacoub al Hamad from KOC also addressed the gathering with a short speech. General Secretary Biswaranjan Sahoo read the vote of thanks.