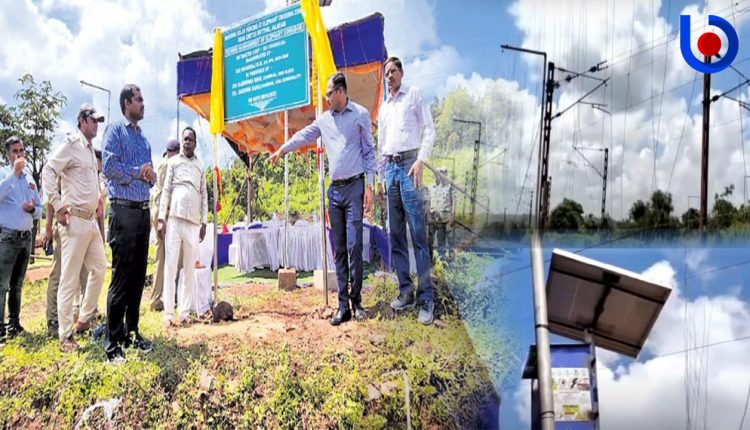 Keonjhar: A hanging solar fencing was installed on both sides along a 750-metre railway track at Joda in Odisha’s Keonjhar district on Saturday, in a measure to prevent elephant deaths.

According to sources, the 10,000-volt solar fencing has been installed to prevent elephants from crossing the railway tracks.

In the past, several elephants have lost their lives while trying to cross the railway tracks from the adjacent forests. Whenever any wild animal, especially elephants, will try to cross the railway tracks, they will come in contact with the live fencing, which has been designed not to harm the animals, and will stop them from crossing the tracks.

Notably, this is the first time that a hanging solar fencing has been installed by the forest department in Odisha.

“This is a hanging solar fencing and is a first in Odisha. It has been fixed at such a height that when an elephant comes in contact with it, it will receive an electric shock of 10,000 volts for 3 milliseconds. If elephants come in contact with it once or twice, they won’t come again, that’s what we are hopeful of,” Hanumant told media persons.

It is pertinent to mention here that more than 30 elephants have died in Odisha in train accidents in the last 10 years and Keonjhar accounts for the highest number of such deaths.

On May 19 last year, a female elephant and two elephant calves were killed after being run over by a goods train at Joda while a 22-member herd was crossing the railway tracks.

Pandals All Decked Up For Laxmi Puja In Odisha; Know Major Places Of Celebration

Indian Ambassadors Of 4 Countries To Visit Odisha On Oct 18, Know Why