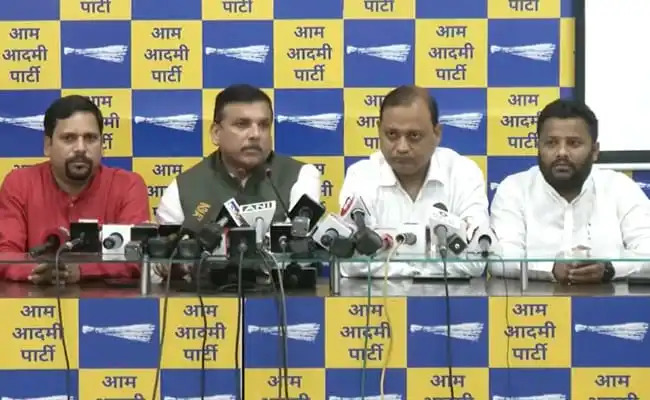 New Delhi: Aam Aadmi Party (AAP) alleged on Wednesday that Bharatiya Janata Party (BJP) threatened four of its MLAs with “false cases, the CBI and the ED” if they don’t join the saffron party.

AAP’s national spokesperson and Rajya Sabha MP Sanjay Singh said at a press conference that his party legislators — Ajay Dutt, Sanjeev Jha, Somnath Bharati and Kuldeep – have been offered Rs 20 crore each for switch to BJP and Rs 25 crore if they convince other party leaders to cross over.

Singh further claimed that AAP MLAs were approached by BJP leaders with whom they have ‘friendly’ relations.

“They (BJP leaders) told our MLAs that if they do not accept the offer and join the BJP, they will also have to face false cases, the CBI and the ED like (Delhi Deputy Chief Minister) Manish Sisodia is facing,” he stated.

Singh accused Prime Minister Narendra Modi of trying to get AAP legislators into the BJP fold “by hook or by crook” and bring down the Arvind Kejriwal-headed Delhi government.

CM Kejriwal said some AAP MLAs have told him they are being threatened to quit the party.

“In the last two to three days, some AAP MLAs have told me that they are being given the threat of CBI and ED, they are being lured with money to leave AAP, this is a very serious issue. We have called a meeting of our political affairs to discuss this,” he said.

Delhi’s Deputy CM Manish Sisodia had earlier claimed that he had been approached by BJP with the offer to close CBI and ED cases against him if he joined the party. Sisodia has been named by CBI in an FIR related to alleged corruption in liquor case.