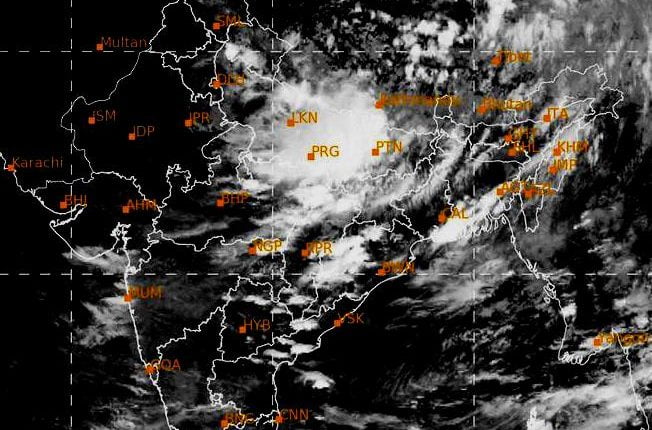 Bhubaneswar: The eight coastal districts and three interior ones in Odisha are expected to receive adequate rainfall from the first week of August under the influence of a low pressure that is most likely to form over the Bay of Bengal by August 3, the India Meteorological Department (IMD) said in its weekly weather forecast.

The IMD said that the south-west monsoon in Odisha has remained inactive as the monsoon trough is now lying over the Himalayan region.

“However, a cyclonic circulation formed over the south-east Bay of Bengal and Andaman is most likely to move towards north-west Bay of Bengal and turn into a low-pressure area by August 3. Under its influence, the rainfall activity in Odisha, mostly in the coastal region, will increase from August 1,” it added.

From June 1 till July 28, the cumulative rainfall recorded in Odisha was 458.4 mm, which is 10 per cent less than the average rainfall in the state.

Besides, the three interior districts of Sonepur, Keonjhar and Mayurbhanj have recorded 29, 22 and 21 per cent deficit rainfall, respectively.