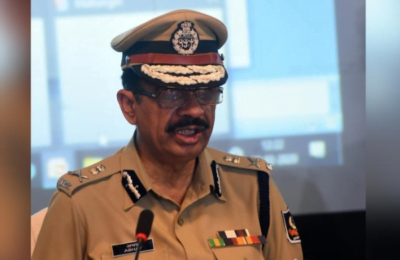 Bhubaneswar: In order to protect the people and police personnel from COVID-19, Odisha Police has issued a standard operating procedure to be followed at police stations.

In a circular to heads of all police departments, Director General of Police (DGP) Abhay has directed to follow safe work practices during public grievance redressal. He has also told the district police headquarters to have a functional police control room for people to lodge their grievances and increase the number of personnel and phone lines.

Besides, the police stations have been told to shift the reception desks to isolated area on the premises. In case, the facility is not available, tents can be erected for the purpose, the DGP said.

The reception area should be regularly sanitized and hand sanizers provided to the visitors who must use face masks.

Police stations have also been told to instal transparent screen or glass panels at the reception and intercom or alternative communication system to communicate with the visitors. A letter box can be placed outside the gate for the complainants to drop their complaints.

DIGs, SPs and SDPOs can receive grievances through telephone, email and posts, the circular said.