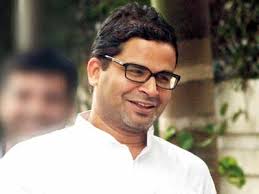 The brain behind Trinamool Congress’ resounding win over BJP in the West Bengal assembly elections, poll strategist Prashant Kishor said on Sunday that he’s had enough.

“I do not want to continue what I am doing… I am saying in this victory that it’s time for me to take a break and do something else in life. I want to quit this space,” Kishor told NDTV.

It may be recalled that Kishor had predicted back in December that the BJP won’t reach three digits in West Bengal. As it turns out, BJP is likely to manage around 80-85 seats, although all results have not been declared yet.

Then, Kishor tweeted the day after EC announced assembly poll dates that “one of the key battles for democracy in India will be fought in West Bengal… Bengal only wants its own daughter.”

Now, would he rejoin politics? Kishor answered: “I am a failed politician. I have to go back and see what I have to do.”

Kishor said there were enough able people in I-PAC, which he founded, and they can take over from him as far as strategizing for political parties is concerned.

Kishor, who had also mocked at Amit Shah’s 200-seat claim, hit out at the Election Commission, saying that it has been working like an ‘extension of BJP’.

“From scheduling of elections (eight phases in West Bengal) to allowing use of religion by BJP, EC did everything to aid the saffron party,” he alleged.