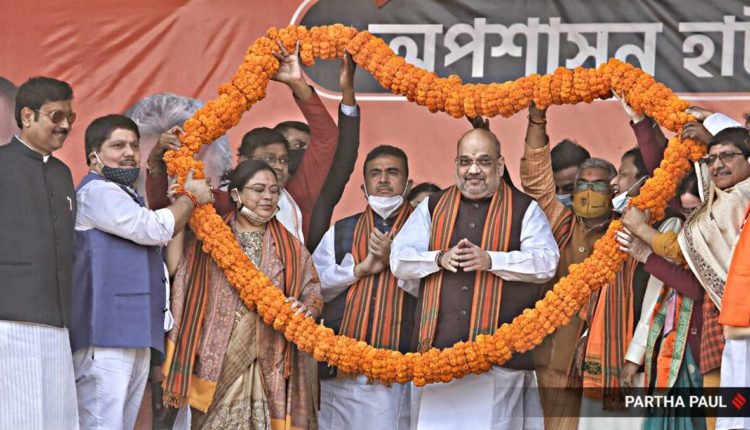 Kolkata: Poll strategist Prashant Kishor, who took to Twitter on Monday to say that he would leave the social media space if the BJP wins the Assembly election in West Bengal, on Tuesday said the BJP leadership should give up their current posts, if they fail to fulfill their claim of winning 200 seats.

Talking exclusively to Odisha Bytes, Kishor, the former JD (U) politician who runs Indian Political Action Committee (I-PAC), said, “Union Home Minister Amit Shah during his visit to Bengal said the BJP will win 200 odd seats. If they don’t, they should have the courage to come on record and say that they will quit politics or their party posts at least.”

Kishor, who has the record of guiding political parties to win the polls, said he will definitely leave Twitter, if his poll strategy goes wrong for the ruling Trinamool Congress. Incidentally, he had prepared the entire poll campaign for the BJP in 2014 election that led to its victory. Currently, he is working for the Trinamool Congress.

He claimed that the saffron camp doesn’t have popular faces and is picking leaders from the Trinamool. Without naming leaders, he said several BJP heavyweights who don’t know much about their home turf cannot make the party win.

“Several BJP leaders don’t even know the political scenario the ground level in Bengal. Not just Bengal, these leaders are also ignorant of political turnout even in their home turf for which they cannot do much for the BJP,” he said.

According to several political analysts, the BJP is accepting mostly tainted leaders from the TMC that can be detrimental for it.

Vaccine To Fight New Coronavirus Strain Can Be Made In 6 Weeks If Required: BioNTech