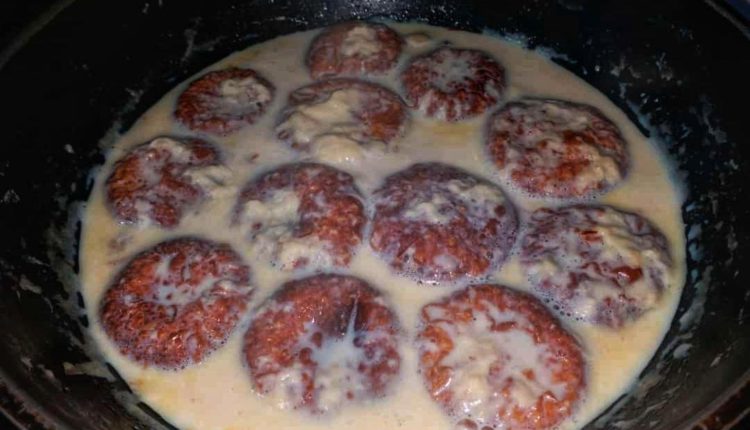 Kendrapara: After ‘Kandhamal Haldi’  and ‘Odisha Rasagola’ was accorded GI tag, the demand for similar recognition for ‘Kendrapra Rasabali is gaining ground in the state.

Rasabali is a sweet delicacy of fried flattened brown cheese cake soaked in thick and sweet milk. Its origin is traced to the 400-year-old Baldevjew temple here.

A large number of people in the district earn their livelihood by selling the delicacy and feel that the Geographical Indication (GI) tag will lend a distinct identity to it, according to a TNIE report.

At a meeting on Monday, the sweet makers decided to demand before the state government to take steps for according GI tag to ‘Kendrapara Rasabali’. The tag will prevent misuse of the name for similar sweets in the market, said president of Kendrapara Rasabali Makers Association Sourchandra Sahoo.

Speaking on a similar vein, executive officer of Baldevjew temple Balabhadra Patri said ‘Rasabali’ is not getting its due recognition for lack of promotion and export facilities. A GI tag can stand it apart from similar sweets, he added.

On the efforts for the move, noted researcher Dr Basudev Das said a team is preparing a dossier to claim GI tag for ‘Rasabali’. “After the dossier is ready, we will submit it to the government to consider the demand and send it to the office of Geographical  Indications Registry in Chennai,” he said.

The GI certification establishes specific geographical origin and certifies certain unique qualities of a product. ‘Kandhamal Haldi’  and ‘Odisha Rasagola’ were accorded the GI tag by Intellectual Property India, an organisation under the Ministry of Commerce and Industry last year.