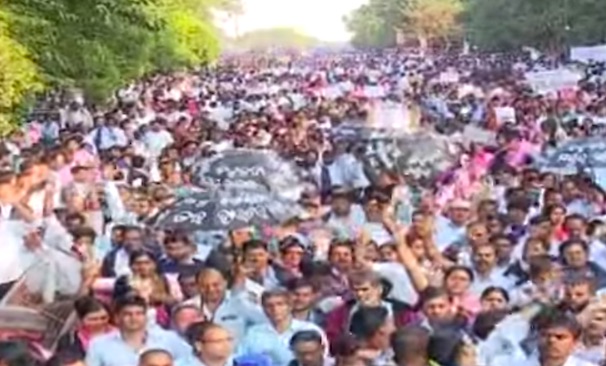 Bhubaneswar: The agitating primary schoolteachers of Odisha on Wednesday decided to keep their strike on hold till December 20 following the formation of a committee headed by the Chief Secretary to look into their demands.

According to sources, the teachers’ association decided to suspend their stir after a meeting with the committee.

The committee is slated to take a decision on the teachers’ grievances after holding discussion between December 16 and 20.

The striking teachers, who had on Tuesday threatened to go on mass leave after their discussion with the Odisha government failed to yield result, said they will now decide their future course of action after December 20.

After the meeting with the Chief Secretary, the teachers’ association had said that they would intensify the strike as the talks have failed to resolve their issues.

Leaders of the association had said the protesting teachers will proceed on mass leave from December 1 if the state government fails to give a positive response on their demands.

The demands of the agitating teachers, who have been staging dharna in Bhubaneswar since Sunday, include abolition of the contractual appointment system, an increment to those who were appointed since 2001 and the reimplementation of the old pension scheme.