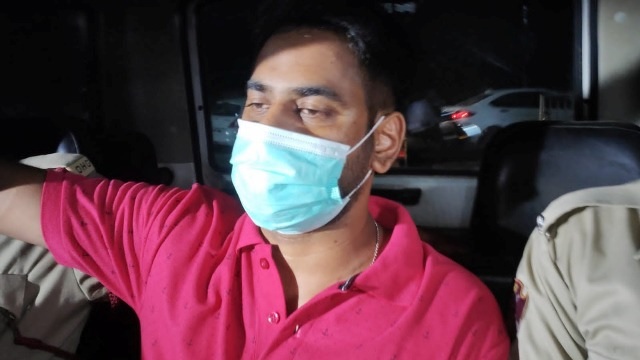 Bhubaneswar: A medical student of AIIMS-Bhubaneswar was arrested on charges of sexually assaulting a woman on the pretext of marriage on Tuesday.

The accused student has been identified as Jaydeep Dasgupta (33) of West Bengal’s South 24 Parganas district. He is pursuing his doctorate of medicine (MD) in cardiology.

According to sources, Dasgupta met the 28-year-old woman from Khurda district when her father was admitted to the AIIMS Bhubaneswar on December 17, 2020, due to some heart-related ailments and he was on duty during that time.

Dasgupta allegedly approached the woman and asked for her phone number. He also allegedly threatened that he would create problems during her father’s discharge after she refused to share her number.

However, she eventually shared her contact number after Dasgupta assured her that he would take good care of her father.

The woman went to the doctor’s hostel a few days ago and asked him to marry her. He allegedly rejected the proposal and assaulted her.

Thereafter, she lodged a complaint with the Mahila police against Dasgupta, alleging that he abandoned her after developing a relationship with her two years ago and had promised her that he would tie the knot.

“They became close friends subsequently. From January 2021, they started meeting frequently and developed an intimate relationship. He also promised to marry her. When she became pregnant, the accused apparently forced her to go for an abortion. Recently, she came to know that he was getting married to another woman,” deputy commissioner of police Prateek Singh said, quoting the woman’s complaint.

DCP Singh further said that during the investigation, Dasgupta confessed that he was in a relationship with her and he has been arrested.

The doctor was booked under sections 493 (cohabitation caused by a man deceitfully inducing a belief of marriage), 417 (punishment for cheating), 323 (voluntarily causing hurt), 420 (cheating), and 506 (criminal intimidation) of the Indian Penal Code (IPC).