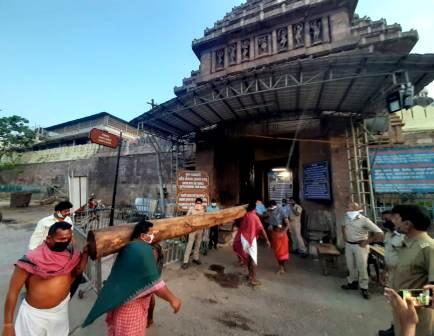 Puri: The sevayats of  Jagannath Temple here performed the rituals for Akshay Tritiya and Chandan Jatra inside the temple premises on Sunday.

For construction of the chariots, the Bhoi sevayats had brought three Dhaura logs to a place between Chahani Mandap and Snana Mandap in Bahara Bedha behind Anand Bazaar inside the temple premises through the Uttara Dwar (north gate) of the temple on Saturday evening for the consecration ceremony.

The consecration of the logs began in the afternoon in the presence of Stotriya Brahmins, Deulakarana and Maharana sevayats after the Agyan Mala  (permission) was received from the Lords. 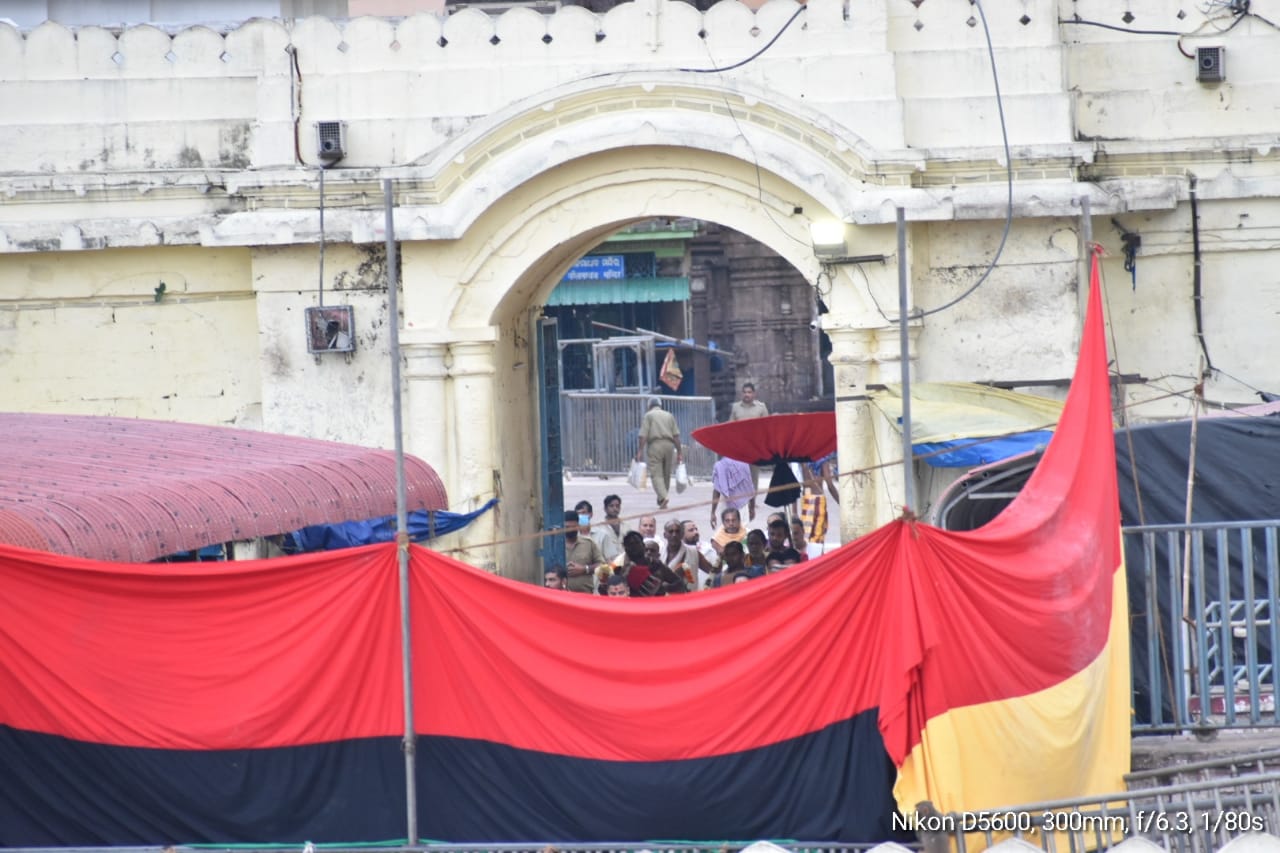 This was followed by the rituals for Chandan Jatra, which was held near the Mukti Mandap where Lord Madanmohan and Lord Ramakrushna were taken in a palanquin to the two temporary ponds to play the chapa (water sports) in two small boats Nanda and Bhadra draped in white and red clothes.

While construction of the chariots begins from on Akshay Tritiya, it has been delayed this year. The work will  begin after the lockdown restrictions are lifted on May 3.

In view of the lockdown following the COVID-19 pandemic, the Gobardhan Peeth Shankaracharya Swami Nischalalanda Saraswati had advised the temple administration to perform Akshay Tritiya and Chandan Jatra rituals inside the temple premises with strict adherence to the social distancing guidelines.

Lockdown Routines: For Biswanath Rath, Time Flies When He Plays With His Son

Soon, Devotees Can Partake Mahaprasad At Ananda Bazar In…

Rath Yatra: Chariot Logs To Be Consecrated At Bahara Bedha…