All You Need To Know About Today’s ‘Peaceful’ Odisha Bandh By Congress; Blockades & Exemptions 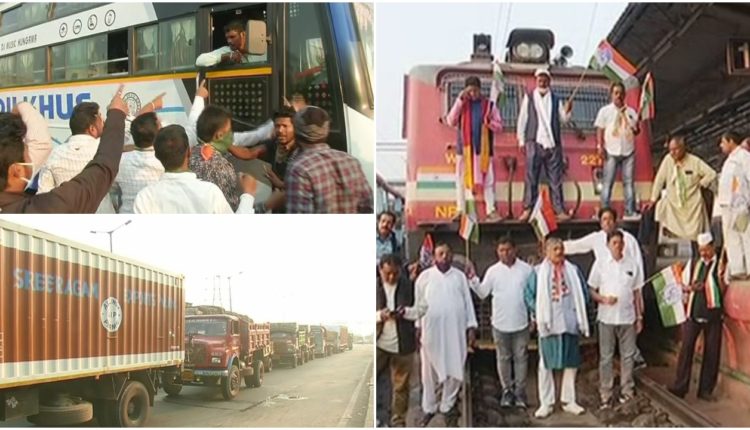 Bhubaneswar: The six-hour Odisha bandh by the state unit of the Congress over rising fuel prices and other issues began at 7 am on Monday.

While Odisha Pradesh Congress Committee (OPCC) President Niranjan Patnaik had asserted that the bandh would be peaceful, vehicular movement was disrupted and train services were affected in Bhubaneswar with the party workers staging road blockades at different junctions and ‘rail roko’.

Besides hike in fuel prices, rising unemployment among the youths, growing crime against women, the state government’s failure to check cases of missing children, anti-farmer policies, increase in political violence and the failure of the government to protect its territory.

Emergency services including ambulance, vehicles carrying milk, media and examinees are exempted from the purview of the bandh.

Besides, vehicles draped with flowers for marriages and hearse vans will be allowed to ply.

Schools, colleges and other educational institutions will remain closed.

The government offices will remain open. All Odisha government employees working in Bhubaneswar have been advised by the Home Department to reach their respective offices by 9.30 am to facilitate smooth entry.

The front gates of the Lok Seva Bhawan will be closed at 10.15 am and all the passage will be regulated through the rear gate. The connecting gate between the Red Building and Main Lok Seva Bhawan building will remain open, the Home Department said in a notification.