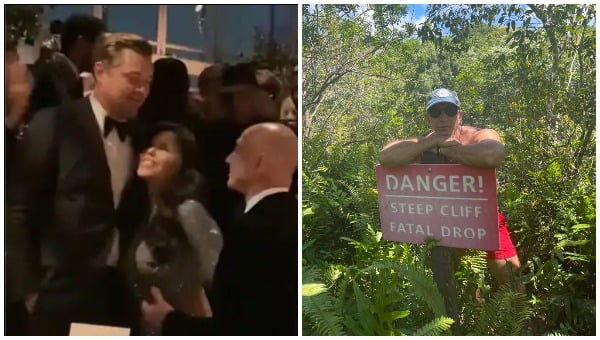 Bhubaneswar: Founder and CEO of Amazon Jeff Bezos sent out a faux ‘threatening’ message to Leonardo DiCaprio after a video of his girlfriend, American news anchor Lauren Sanchez, looking star-struck on meeting the Titanic actor went viral on social media.

In the video, Lauren can be seen smiling broadly as she chatted with Leonardo while Jeff stood silently by her side. Soon, the Internet began joking about DiCaprio stealing his girlfriend.

The six-second video, which was filmed during the LACMA Art+Film Gala in Los Angeles on Saturday, had over 16 million views on Twitter.

The Amazon and Blue Origin founder then issued a humorously dark response, leading to another meme fest.

Leo, come over here, I want to show you something… @LeoDiCaprio https://t.co/Gt2v9JZTNz pic.twitter.com/KqGLB839NI