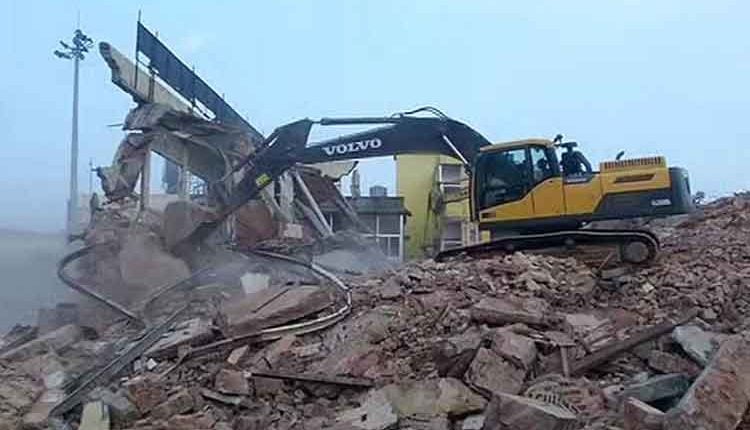 Puri: The Solicitor General and Supreme Court-appointed amicus curiae will visit Puri on Friday to review the ongoing eviction drive adjacent to the Jagannath temple, a top district official said on Thursday.

Also on Thursday, the district administration began demolishing the remaining structures of Emar mutt and 11 jewellery shops at Bania Pati near Kakudikhai temple.

The duo will first visit the Jagannath temple for darshan. They will then inspect the demolition of structures around the temple boundary, the status of mutts and their gadi ghar (temples on the mutt premises).

They will also review the affidavit submitted by the Advocate General of Odisha, Ashok Parija, to evict the mutts within 75-metre radius of the Jagannath temple with the consent of the mutt mahants (chiefs).

On August 27, the Supreme Court had quashed two petitions filed by the Intercontinental Lawyers’ Association and a resident of Chennai against the demolition of structures adjacent to Meghanada Pacheri (the boundary of Jagannath temple).

The SC quashed the petitions after the Odisha AG, Ashok Parija, told the court that the state government had taken up the eviction drive on the recommendation of the Justice BP Das Commission of Inquiry as part of security measures and reforms at the temple.

Following the AG’s request, the apex court had directed the amicus curiae and the Solicitor General to visit Puri and submit a report on the situation.

The case will again come up for hearing on September 17.