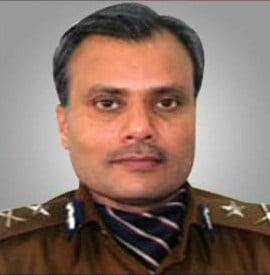 A report said the Union minister had summoned Patnaik to Parliament.

Talking to the media after the meeting, the 1985 batch IPS officer said Shah had called him to know about the incident and the action taken by police. “It was a normal briefing. I told the home minister that four persons have been arrested and efforts are on to nab others on the basis of CCTV footage,” he added.

The clash took place following an argument over the parking of vehicles, which aggravated to violence and vandalisation of a temple in Delhi’s Chandni Chowk area.

Also on Wednesday, senior advocate Alakh Alok moved a PIL in the Delhi High Court to seek a probe into the clash by a Special Investigation Team (SIT).

Demand For Inclusion Of Odisha’s Rangeilunda Airport Under UDAN