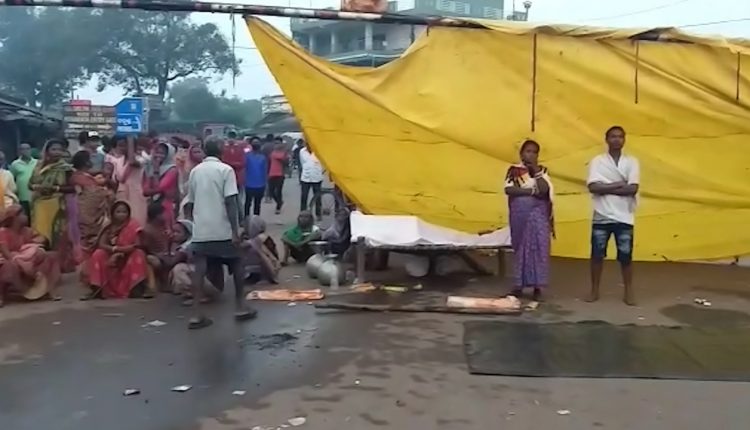 Baripada: Angry locals held up traffic on Udala-Baripada road here Saturday on the death of a patient at SCB Medical College Hospital at Cuttack alleging medical neglect. The protesters lifted the road blockade on the assurance of the authorities that the bereaved family would be provided compensation of Rs 5 lakh.

Patient Chakradhar Singh of Podaastia village was admitted to the hospital when he complained of fever. He was advised to sleep on the veranda in the absence of beds in the medicine ward of the medical college hospital when a shred of roof fell on his head and he became critical.

He died in SCB Medical College hospital on Friday night while he was being treated. The body was shifted to Baripada where his relatives demanded Rs 10 lakh as compensation from the authorities whose negligence caused the death, they alleged.

The agitators lifted the road blockade after Samakhunta Tehsildar Radha Ranjan Das reached the spot and announced a compensation of Rs 5 lakh to the bereaved.