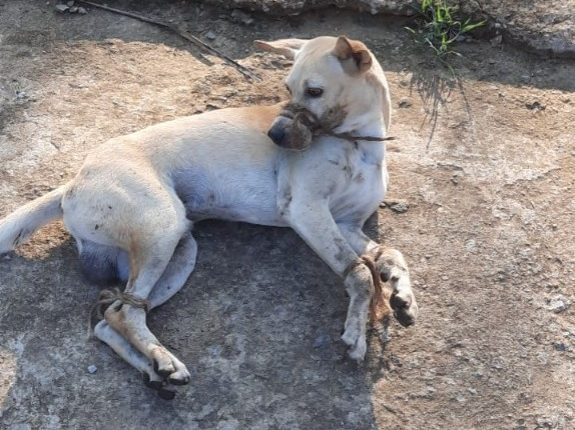 Berhampur: Animal lovers on Tuesday rescued 12 street dogs who were kept in captivity in a university campus in Odisha’s Ganjam district.

According to sources, irked by the nuisance caused by the street dogs in the campus of Berhampur University, some employees captured them. They tied the legs and mouth of the dogs and kept them locked in a room in women’s hostel.

The hostel inmates came to know that the employees were planning to kill the dogs by giving them poison laced food on Wednesday and informed Berhampur Jeev Suraksha Sangh (Berhampur Animal Protection Association) over phone.

The president of the Sangh, Ronali Panigrahi along with some members filed a complaint in this regard at Bhanja Vihar outpost. Later, they along with policemen went to the women’s hostel to release the dogs.

When they arrived there, warden of the hostel Sushant Baral and some students opposed them, sparking off tension in the area. However, the Sangh members managed to free 12 dogs from their captivity.

Refuting the allegation of torture of dogs, Baral said they had kept the dogs closed in the room after complaint of some students and would have handed them over to Berhampur Municipal Corporation later.