Another Car Plunges Into Canal In Odisha’s Cuttack, 5 Hurt 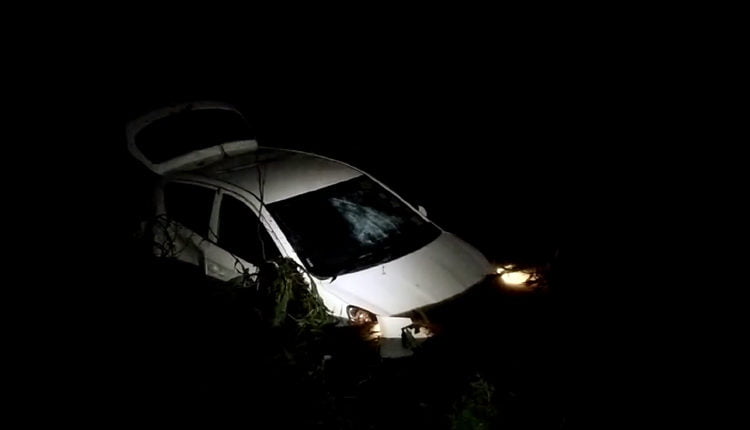 Cuttack: In a similar incident that took place a few days back, a speeding car fell into a roadside canal on Phulnakhara-Niali road near the city injuring five persons on Friday night.

According to sources, the car was going towards Phulnakhara when the driver lost control near Haridapada Chhak under Balipatna police limits and plunged into the canal. The locals rescued the passengers from inside the car.

The injured persons including three women were sent to the Niali Hospital and later, shifted to SCB Medical in Cuttack.

Police from Balipatna, who also rushed to the site, have started investigation.

On October 17, three people died when a luxury car in which they were travelling lost control and fell into a roadside canal near Telengapentha in Cuttack.