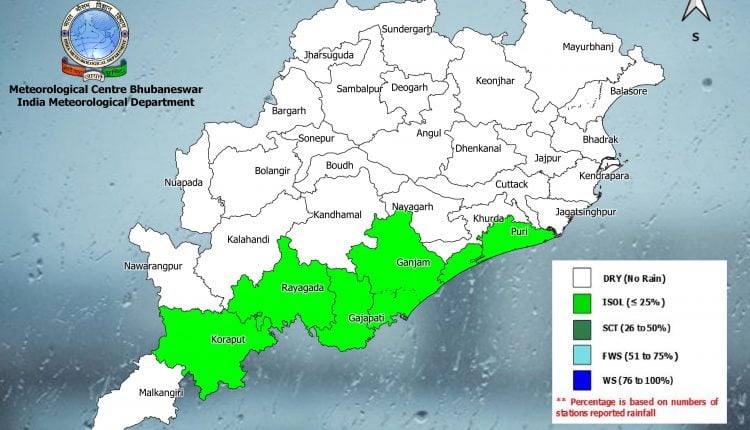 Bhubaneswar: The cyclonic circulation over Southeast Bay of Bengal and neighbourhood is likely to turn into a low pressure in the next 24 hours, the India Meteorological Department (IMD) tweeted on Tuesday.

Meanwhile, the Bhubaneswar Meteorological Centre, in its mid-day bulletin, has forecast light to moderate rainfall in some parts of Odisha for three days from October 28.

The weather will remain dry in the remaining districts of the state, it added.